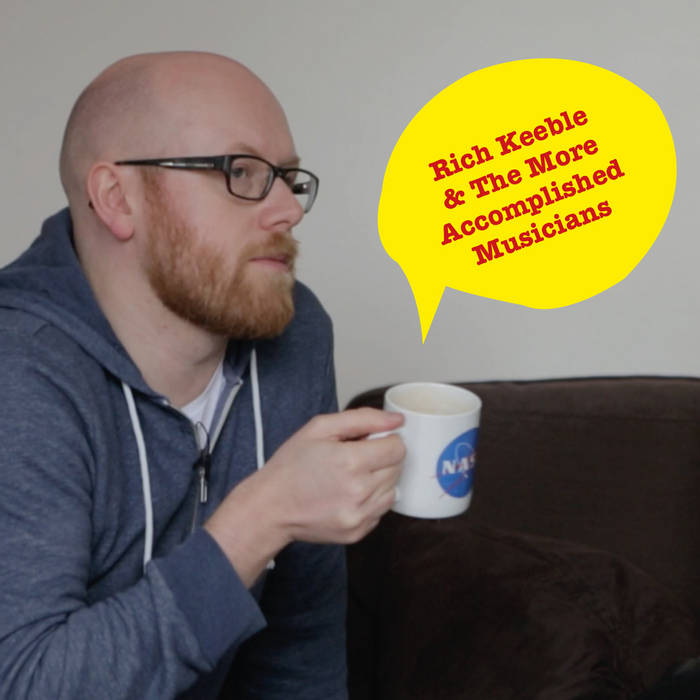 Hi, I'm Rich Keeble. Thanks for checking out this album. It was great fun to make and I'm very pleased with it. Dave and Jon are great musicians, and we only rehearsed a couple of times before entering the studio, and then we banged out all the tracks live in a couple of days, leaving me a couple more days for some self indulgent multi tracked vocals and other stuff

Jon Shortt and I played in a band called Goodbye Sergeants between about 2005 and 2010, and some of these songs are from this era: "You'll Do For Now" was on our first ever demo I think, "Oh No I Know" was another demo I always wanted to re-record, and "David" was a song we never recorded but was kicking around in 2006 (long before I met David Johnston. I can't actually remember who this particular David was now). Conversely a lot of other songs are very new: "You Took My Stuff", "Bellend Tattoo" and "As Voted For" were written very recently, for example.

Although I have a background in comedy I wouldn't necessarily call this a "comedy album", despite certain songs being very silly. However, there are lots of things here that amuse me when I hear them even now: the way My Doppelganger ends, the guitar "solo" in "herebutitsnottoseemeitsmywife", Dave shouting "You're a cunt" in "Oh No I Know (Part 2)", and even the fact that we left "Oh No I Know (Part 1)" off the album to be released as a future B-side so it will come about after Part 2... that's kind of funny... right? "David" also references Myspace and MSN messenger because it was written in 2006 and I thought it funnier not to change it.

Anyway, thanks for reading and thanks for listening. I do hope you enjoy it.

The Hammer and The Relentless from the Boston band Malleus stop by for a chat.